Historically Black Colleges and Universities (HBCUs) are institutions of higher education in the United States that were established before 1964 with the intention of primarily serving the African American community due to the overwhelming majority of predominately white institutions of higher-learning banning qualified African-Americans from enrollment.[1] They have always allowed admission to students of all races. Most were created in the aftermath of the American Civil War and are in the former slave states, although a few notable exceptions exist.

There are 107 HBCUs in the United States, including public and private institutions, community and four-year institutions, medical and law schools.
https://en.wikipedia.org/wiki/Historically_black_colleges_and_universities

HBCUs have a rich legacy of matriculating many African American leaders in the fields of business, law, science, education, military service, entertainment, art, and sports. This list of alumni includes people such as Martin Luther King, Jr., who began his studies at Morehouse College, following in the footsteps of his father, Martin Luther King, Sr. Oprah Winfrey attended Tennessee State University to pursue a broadcasting career. W. E. B. Du Bois, relying on money donated by neighbors, attended Fisk University, from 1885 to 1888. After Dubois earned his doctorate, he became a professor of history, sociology, and economics at Clark Atlanta University, between 1897 and 1910. Althea Gibson entered Florida A&M University on a full athletic scholarship. Michael Strahan played one season of high school football, which was enough for him to get a scholarship offer from Texas Southern University. Thurgood Marshall attended Frederick Douglass High School in Baltimore and was placed in classes with the best students. He later went on to graduate from Lincoln University in Pennsylvania and  Howard University School of Law. In 1933, he graduated first in his law class at Howard. Roscoe Lee Brown also attended Lincoln University, in Pennsylvania, where he graduated with a bachelor's degree, in 1946. Browne also occasionally returned to Lincoln, between 1946–52, to teach English, French and comparative literature. Spike Lee enrolled in Morehouse College, where he made his first student film, Last Hustle in Brooklyn. He took film courses at Clark Atlanta University and graduated with a BA in mass communication from Morehouse. RodPaige earned a bachelor's degree from Jackson State University in Jackson, Mississippi. Anika Noni Rose attended Florida A&M University where she earned a bachelor's degree in theater. The Tuskegee Airmen were educated at Tuskegee University. Douglas Wilder received his bachelor's degree from Virginia Union University and his law degree from Howard University School of Law. Astronaut Dr. Ronald McNair graduated from North Carolina A&T State University. NASA mathematician Katherine Johnson attended West Virginia State College (now West Virginia State University).
https://en.wikipedia.org/wiki/Historically_black_colleges_and_universities

Defunct Institutions
According to Wikipedia, the free encyclopedia, there are 33 defunct historically black colleges and universities. The two latest ones are:

to your favorite HBCU and tell them

We may not have all attended an HBCU, but through our heritage, we are all connected to at least one. 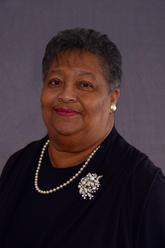 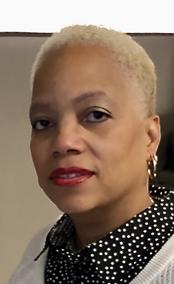 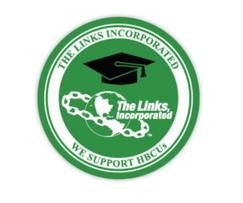 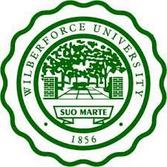 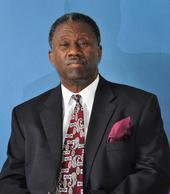 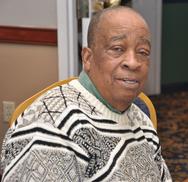 ​​Imogene Kirk Harris - Southern University
Growing up in northern Louisiana in the 50’s and 60’s, an HBCU school was your only choice. Also going to college was not a choice for me. Expectations from my parents and teachers only left the choice of which school, between Grambling College (now Grambling State University) or Southern University, it would be. My choice was Southern University, located in Baton Rouge, Louisiana. My major was in Education-Business with a minor in Mathematics. My interest was in Secretarial Science but my path lead me to teaching. With dedicated instructors who were very interested in you becoming the best you could be, I feel that Southern University prepared me to face all of the challenges that were ahead of me. Entering my first teaching experience, I felt well equipped and welcomed the challenge. I am forever grateful to Southern University for the education I received which allowed me 44 years of employment before retiring in 2008.

​Edward L. Harris - Southern University
After graduating from high school, I spent two years in the Navy. Upon my return from military duty, I knew I needed a higher education to be successful in life. I chose to attend Southern University in Baton Rouge, Louisiana. I majored in Accounting which gave me my foundation for my future. I gained all the tools necessary to succeed in life. My professors were very knowledgeable in their subject areas and I was able to glean that knowledge and put it to use in my career in Accounting. I was able to move from one position to another using my accounting knowledge obtained from Southern University. My career jobs have all involved accounting in some matter. These have included positions at the South Bend Housing Authority, Bendix Corporation, Internal Revenue Service, Small Business Administration and Grissom Air Force Base. I am truly grateful to Southern University for providing a strong foundation for me to be successful in life.

Juanita Harris Hamilton - Southern University
I was born and raised in Indiana. Both of my parents are from the South, one from Tennessee and one from Louisiana. All my life, we traveled to the South to visit family. When I graduated from high school, I never really considered anything but college, and I knew that going to college was expected.

My first choice was to go to a school in the West. It was a large predominately white university. Coming from a small town, that was quite an experience. After spending a few semesters there, I knew I needed to do something different. I decided to go to my parents’ alma mater, Southern University in Baton Rouge, Louisiana. The experience was outstanding and probably the best choice for me. During my high school years, I was often in the minority in my classes, not just being a minority.

My experiences at an HBCU opened my eyes up to a lot of life lessons that I had only heard or read about. Seeing that many black people in one place was like “wow”! I majored in Business Management and have been able to use some of things I learned in my working career.

I think attending an HBCU allows you to see that you really can do whatever you want!  There are so many smart people with good ideas that go on to be very successful after graduating from HBCUs. I live in Memphis now, and much like at an HBCU, we are the minority, in the majority. You really get to see that we can do all things!

At that time in history, HBCUs offered ego building, self confident, encouragement and a “I can do it” attitude. They taught us about time management, how to be good students, how to work hard and have self-pride. They instilled in us a family atmosphere and how to represent the institution and ourselves. They exposed us to outstanding lecturers from across the world in order to expand our horizon. They taught us proper grace, poise and etiquette. There were a lot of hidden rules that they shared with us and how to deal with them. One such example was that I had to work twice as hard to accomplish the same goals as my counterpart. Secondly, that anything turn in on a written or research basis had to be perfect. They accepted no less.

When I was a teacher. a college professor, a principal, a superintendent, and a chancellor, I pulled all of my taught, hidden, and spiritual skills forward to perform my jobs successfully.

My gratitude goes to my parents who gave me my foundation and to Alcorn State University for developing my skills taught by my parents. To show my gratitude to Alcorn, I make an annual donation to their foundation.

My goal was to become a social worker and work for the State. My career path took a different route and my first job was a school social worker in Waterloo/Cedar Falls, Iowa. I was there for two years and then moved to Kankakee, Illinois where I worked as a Home School Worker for two years. I then moved to South Bend, Indiana and was hired by Elkhart (Indiana) Community Schools and worked there for 30 years. I taught English, worked as a school social worker, middle school and high school counselor, Head of the Guidance Department, Director of Human Relations, and Career Counselor at the Elkhart Career Center.

​I was well equipped with the basic skills from my HBCU to began my career!

​I chose Florida A&M University because it was ranked #1 in recruiting amongst schools like Harvard.  Dr. Humphries was instrumental in making students feel like we were all family.  He personally called me and my family and said not to worry about costs.  His administration made sure I made it to school, had housing and books.  For a first generation student this spoke volumes and I knew they wanted me to succeed.  His administration, especially Mr. Jim Davis, made sure I had internships.  FAMU took care of me.

Angie is a Certified Diversity Professional.  She works for NiSource and is the Manager of Operator Qualifications across six states.  Angie also launched her own consulting firm, I & D Squared Consulting, LLC. in 2017 focused on improving diversity and inclusion in the region.  Her goal is to work with local non-profits and businesses on improving relationships and services to diverse customers, attracting and retaining top talent, and building an inclusive leadership culture.  She is a certified facilitator with the Cultural Intelligence Center.

She is also very active in the community and with several non-for-profit organizations.  Her passion is geared towards youth leadership and education. She is on the board of directors of the Unity Foundation of LaPorte County, LaPorte County Career and Tech Center Advisory Board and United Way of LaPorte County. She also serves on the Board of Directors for the Indiana United Way.  She is also an At-Large member of the Michigan City Common Council.

Angie has a Bachelor of Science in Electrical Engineering from the FAMU / FSU College of Engineering.  She also has a Masters of Public Affairs (Public Administration) from Indiana University.

Angie has received several accolades and was selected as the Humanitarian of the Year in 2018 from the Michigan City Human Rights Commission.  She was named the United Way Volunteer of the year for 2017. In 2014 she was named Influential Women of Northwest Indiana’s “Up and Coming” Business Women of the year.  In the same year, she won South Shore Leadership’s “Leaders as Heroes” award.  Angie also received the Lester Radtke Community Service Award in 2013.  She also received the Community Service award from Leadership LaPorte County in 2016.

Wilberforce University is one of the oldest historically black colleges and universities (HBCUs) in the United States, located outside of Dayton, Ohio. It is located within the Central Area of The Links, Incorporated

September 2017 has been chosen by The Links, Incorporated to launch our National HBCU Initiative Fall Kick Off. National HBCU Kick Off Campaign, #LinksSupportHBCUs is the theme this year. This is a critical time in history and we must all join together in the mission to preserve one of our nations’ greatest treasures - HBCUs!

Members of the South Bend Area (IN) Chapter , Connecting Links, and Heir-O-Link who attended HBCU schools share their experiences. The questions were asked of each, “Why did you attend an HBCU and what did an HBCU education meant to you?” 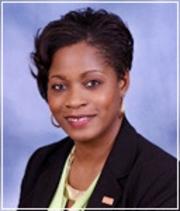